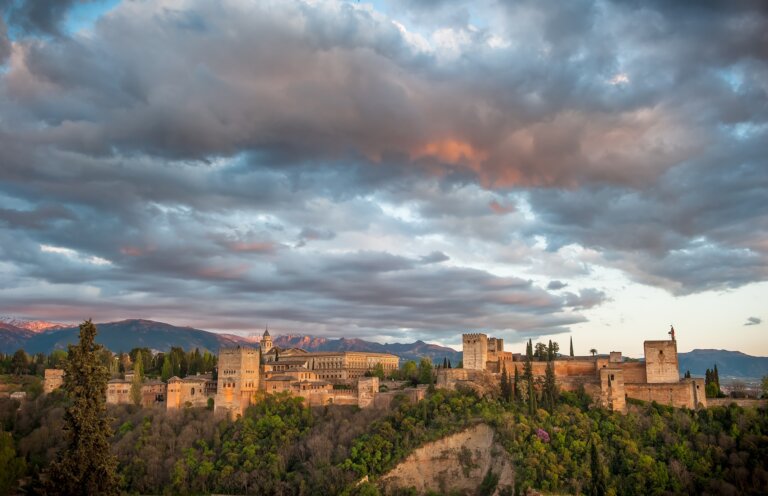 If you have decided to travel to Granada with your partner, family or friends, wait until you see what we have prepared for you to enjoy a unique experience. Granada will bewitch you with its charm and the magic that lives in its streets, places, monuments, squares and people. Take a look at the Alhambra private tours and don’t miss the rest of the tours with local guides to discover the most authentic Granada.

Would you like to attend the place where the most important decisions of the city were made in the Nasrid period with a private tour? The Alhambra private tours do not only show you the symbol of the dominance of a dynasty that ruled the Kingdom of Granada and subdued its subjects for centuries. This monument is also a symbol of the Christian reconquest and the transformation that everything undergoes with the passing of time. With this private Alhambra tour you will have the opportunity to visit every corner of the most visited palatine city in Spain. Being a royal residence was not its only function, as it was also responsible for the defense and administration of the city of Granada. There was also a small citadel annexed to the palace that was responsible for the sultan’s supplies.

In addition to the complete visit to the Alhambra and the Nasrid Palaces, the tour includes a visit to the Generalife Gardens, the Palace of Charles V and then a visit to the Cathedral and the Royal Chapel together with its museum and the Mausoleum of the Catholic Monarchs Isabella and Ferdinand. In the Royal Chapel you will be able to see the cenotaph (empty tomb) built by the Italian sculptor Domenico Fancelli, the legacy of the Kings in the museum and the crypt where the coffins of the Catholic Monarchs and their children can be found.

You will be amazed by the exquisite ornamentation of these palaces, as well as by the enormous importance of water in all the courtyards, not only as decoration but also as a way to refresh the rooms, to guarantee a constant supply of water and to maintain personal hygiene, so important in the Nasrid period.

It is a guided tour especially suitable for groups or couples who come to the city for a short period of time. This way you can visit the most important parts of the Alhambra in just 3 hours and with a group of up to 20 people maximum.

Another popular option available to you, similar to the Alhambra private tour, is to visit other key sites in close proximity to its location. The importance of Granada Cathedral to the power of the time was crucial, as it represented the ultimate goals of the Spanish reconquest; even the city of Santiago de Compostela took a back seat. The architecture of the interior is exquisite and worth seeing for the ornamentation. The cathedral was designed by Diego de Siloé.

In addition to the Alhambra and Cathedral private tour, you will also love walking through the streets of another of Granada’s landmarks: the Albaicín and Sacromonte neighbourhoods. This private tour is best enjoyed in small groups because of the configuration of the neighbourhood’s streets. They are cobbled alleys leading to small squares where time seems to stand still. Its tapas bars are still family-run businesses where you get to know the locals. It is like a village within Granada. The Sacromonte neighbourhood is where the most typical dwelling of Granada is located, apart from the cármenes: the cave-house. It has incredible views of Granada and an abbey well known by the locals. This is a private Alhambra tour that the whole family can enjoy.

Another guided tour that you can do after the Alhambra private tour is the private tour of the Albaicín and Sacromonte neighbourhoods to get to know them in more depth. The Albaicín, besides being declared a World Heritage Site in 1984, is a place characterised by a special dwelling: the carmen. A carmen is a free-standing home that can house a courtyard or vegetable garden. Thus, it is normal to find vegetation peeking over the walls while strolling through the cobbled streets, finding wonderful places to stop and recover energy while enjoying a tapa or a cup of tea. The Albaicín is also known for its viewpoints. One of the most beautiful is San Nicolás, which has some of the best views of the Alhambra.

The Sacromonte neighbourhood also has a special configuration of houses. It is a neighbourhood of caves, a dwelling excavated in clay hills that maintain a constant temperature all year round. It is one of the best ways to live in harmony with the environment as it is a very efficient way of living as it does not need heating or air conditioning. You can also take the opportunity, after the private tour of the Albaicín and Sacromonte to sleep in a cave. The experience is unique and restorative as there is no noise from outside.

To conclude any of the days of your visit to Granada, there is nothing better than visiting an authentic flamenco show in its place of origin. Throughout Andalusia it is a language that transcends borders and appeals equally to a wide variety of sensibilities. If you are willing to enjoy one of the best tablaos in Granada, book quickly so you don’t run out of seats.

If you want to take away an indelible memory of Granada’s culture, you just have to let yourself be carried away by the dance, the ‘zapateaos’ and the spell of the guitar. In Granada great authors and artists have been born and raised who have left their mark on the culture of an entire country. Some examples of these artists are the poet Federico García Lorca, the flamenco singer Enrique Morente or the singer Miguel Ríos. You can also attend the most varied musical shows in two very special places: the Manuel de Falla auditorium and the Isabel La Católica theatre.

Why book a guided tour in Granada with us?

At Nhue we have been organising activities for many years that are perfect for people who are visiting the city for the first time or who have visited it on other occasions but this time they want something different, unique and original and that is why they decide to hire a guide with us.

The passion with which they transmit the explanations of the places of interest makes each excursion something very special that captivates the public of all ages. If you think that our tours need some extra adaptation for your particular case, tell us your idea and we will find a way to make it happen.