Two areas of Granada are distinguished as World Heritage by UNESCO: the Alhambra and the Albaicin. 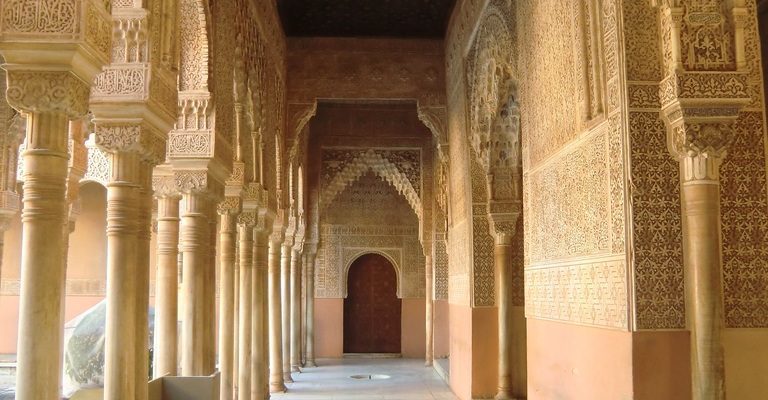 Groups From 1 to 9 travelers

The tour was very good! Violeta knew a lot, I liked it a lot and I recommend it. On the tour, there were 11 of us a relatively small group. Very good!!

I do not know how the other guides that Nhue has will be, I imagine that they are great, of course the guide that Lucia played us a professional, if everyone is like her Nhue we value her with an OUTSTANDING.

Beautiful guide! Everything was very interesting, the rhythm of the guide was very relaxed, it allowed to appreciate everything without haste and take photos. The company provided headphones to listen to the guide, allowing the information to be heard.

Two areas of Granada are distinguished as World Heritage by UNESCO: the Alhambra and the Albaicin.

The magnificent Alhambra and its beautiful Generalife gardens -which together they represent the best expression of European Islamic art-. Alhambra

Right in front we find the quarter of the Albaicin, worldwide recognize thanks to its Moorish roots and its labyrinthine alleys, that hide behind the singularity of the gardens the smell of jasmine, the rests of the noble past from the Nasrid dynasty.

The private tour begins in the Alhambra accessing the entire monument: Alcazaba, Nasrid Palaces, Generalife, Carlos V Palace and Bath of the Mosque and the “Estancia del mes”

After the visit to the Alhambra and a lunch break, we will continue discovering the Nasrid past of Granada from the hand of your private guide, through the Albaicín neighborhood.

A private guided tour of the old Doubloon, Alhambra, and Albaicín, is all you need to disconnect. Shall we start?